Fireworks and other pyrotechnic products have gained much popularity in Canada. With their impressive auditory and visual effects, it is not surprising that such products play important roles in celebrating special events. From the Inuvik Sunrise Festival in the Northwest Territories to the Canada Day celebrations occurring in many regions across Canada, such displays attract and amaze large crowds. However, when proper safety precautions are not taken, injuries can occur placing the health of individuals at risk.

Presented below are statistics highlighting injuries associated with fireworks and other related products that occurred on or after April 2011, using the electronic Canadian Hospitals Injury Reporting and Prevention Program (eCHIRPP) database.

The Canadian Hospitals Injury Reporting and Prevention Program (CHIRPP) is an injury and poisoning sentinel surveillance system currently operating in the emergency departments of 11 paediatric and 8 general hospitals across Canada. Since its inception in 1990, this database has collected over 3.2 million records, making it an important resource for information on injuries and moving forward programs and policies that aim at reducing and preventing injuries among Canadians.

Data extraction was conducted using English and French key word searches in the patients’ narratives of the injury event and examining factor codes pertaining to injuries concerning fireworks and other related products.

For information on fireworks safety, click on the following link: Fireworks Safety Video. 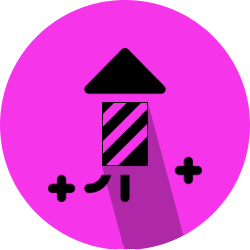 Between April 1, 2011 and May 24, 2019, there were 122 reported cases of unintentional injuries related to fireworks and other similar products, representing 11 cases/100,000 eCHIRPP records.

Days of the week injury occurred

Approximately two-thirds of all injuries (66.4%) occurred on a Saturday, Sunday or Monday. 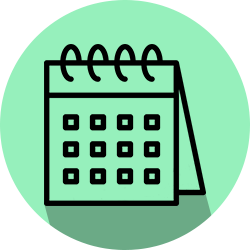 Time of year during which injury occurred

Most common type of injuries 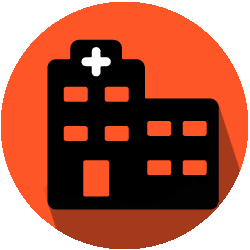 Nearly three-quarters of all cases (72.9%) required medical treatment in the emergency departments, while 10.7% of patients were admitted to hospitals.

Which body parts were injured?

Among all injuries reported, over two-thirds of all cases (69.4 %) involved the following body parts:

The results presented above should be interpreted with caution as they do not represent all injuries related to fireworks and other similar products in Canada. CHIRPP is a sentinel surveillance system and collects data from select emergency departments across Canada. Teenagers older than 18 years of age, Aboriginal persons and people who live in rural areas may be under-represented in the eCHIRPP database, as most CHIRPP sites are paediatric hospitals located in major cities. Fatal injuries are also under-represented in the eCHIRPP database because the emergency department data do not capture people who died before they could be taken to hospital or those who died after being admitted via another department. Information is continuously entered into the eCHIRPP database; therefore, some years do not yet have complete data.