Summertime is about taking almost every indoor activity and doing it outside. It also means finding ways to stay cool. While many of us enjoy a good swim, it is an activity that requires much safety. Presented below are statistics highlighting drownings, using the electronic Canadian Hospitals Injury Reporting and Prevention Program (eCHIRPP) database, the Discharge Abstract Database, 2010-2017 (DAD) and the Canadian Vital Statistics – Death Database (CVSD).

Based on the World Health Organization’s definition, drowning is defined as a respiratory impairment resulting from being in or under a liquid1. Using the term “near drowning” to refer to those who survive is no longer recommended, and is not used in our analysis. Therefore, we use the term “drowning” to include either death or survival. 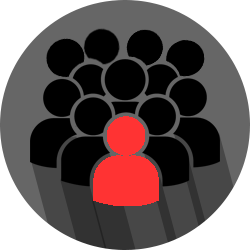 Between April 2011 and July 2019, there were 655 drowning-related cases reported in selected emergency departments (ED) across Canada, representing 58 cases/100,000 eCHIRPP records.

Of the 655 drowning-related cases, males accounted for more than half (61%) of the emergency department visits.

Children between the ages of 0 and 9 years represented the largest proportion of drowning-related cases at 79%.

Since 2011, there have been 22 drowning fatalities reported in the eCHIRPP database. Of those, children and infants aged 4 years or younger accounted for 50% of such fatalities. 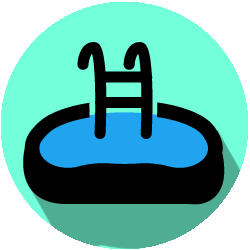 When do drownings happen?

Where do drownings happen?

The majority (57%) of drownings occurred in swimming pools in both residential and public settings with 49 % of the cases children and infants aged 4 years or younger.

Nearly one-fifth (19%) of all drownings reported in the eCHIRPP database occurred in, or around, natural bodies of water, including ponds, lakes and rivers – 42% of these cases were children and infants aged 4 years or younger. 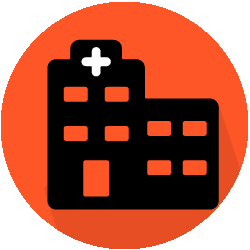 Overall, 18% of patients received medical treatment in the emergency department, while 29% of patients had injuries serious enough to be admitted to hospital for treatment.

Of all the people hospitalized due to drowning, more than 65% were male.

53% of hospitalizations associated with drowning were people 19 years or younger.

Nearly half (46%) of drowning-related hospitalizations involving children between the ages of 1 and 4 years occurred in swimming pools.

Over a quarter (26%) of all hospitalizations from drowning and submersions in Canada, between 2010 and 2017, happened in natural bodies of water. 15% of the people hospitalized were 1 to 4 years old.

The leading cause of drowning hospitalizations across Canada between 2010 and 2017 was drowning while being in, or falling into, a swimming pool.

Drowning is a leading cause of death for children and infants2.

In 2017, 290 people died due to unintentional drownings across Canada. 123 people (42%) died from falling into or being in natural water.

The results presented above should be interpreted with caution as they do not represent all drowning cases in Canada. CHIRPP is a sentinel surveillance system and collects data from select emergency departments across Canada. Teenagers older than 18 years of age, Aboriginal persons and people who live in rural areas may be under-represented in the eCHIRPP database, as most CHIRPP sites are paediatric hospitals located in major cities. Fatal injuries are also under-represented in the eCHIRPP database because the emergency department data do not capture people who died before they could be taken to hospital or those who died after being admitted via another department. Information is continuously entered into the eCHIRPP database; therefore, some years do not yet have complete data.