Canada is covered with 347 million hectares of forest, making up 9% of the world’s total forest area. With so many forested areas, wildfires are a serious risk for Canadians, particularly from May to September. Large, destructive fires can quickly spread out of control. They occur most commonly in British Columbia, the Prairies, and parts of Ontario and Quebec. The smoke produced from such wildfires significantly affects air quality, which can increase several health risks. Wildfire smoke contains small particles from burned material, such as wood and plants, and harmful gases. Winds can carry the harmful smoke far past the initial wildfire, affecting communities thousands of kilometers away. 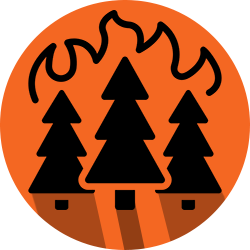 The Air Quality Benefits Assessment Tool (AQBAT) is a computer application developed by scientists at Health Canada and used to estimate the health impacts caused by changes in outdoor air quality. Epidemiologist Dr. Dave Stieb and other scientists use AQBAT to examine the human health impacts of actions proposed to reduce outdoor air pollution and to estimate the health burden associated with air pollution.

AQBAT uses population, health outcome and pollutant concentration data to predict the health impacts to Canadians from changes in outdoor air quality, including wildfires. Collaborators from Environment and Climate Change Canada use a model called FireWork to estimate the impact of wildfires on air quality, which is then loaded into AQBAT to estimate the mortality rate and other health impacts specifically caused by wildfire smoke.

“By using these predictive tools, we can take proactive steps to reduce the risks of mortality and other health impacts caused by wildfire smoke,” says Dr. Stieb. He and Dr. Carlyn Matz are authors of a health impact analysis of wildfire smoke in Canada.

Hundreds of thousands of people per year experience adverse health impacts, and some may even die, due to wildfire smoke. “Understanding the health impacts of wildfires is important as climate change is expected to increase wildfire frequency and season length,” says Dr. Matz.

This map shows the mortality rate attributed to wildfire smoke in Canada in 2018. British Columbia was affected the most by fires that year. However, AQBAT analysis indicates the impacts also extended into Alberta, as well as Saskatchewan, Manitoba, and the Northwest Territories. 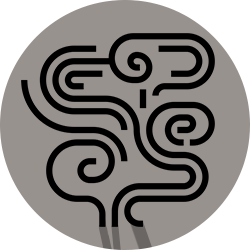 Wildfire smoke and its subsequent effects on outdoor air quality pose several health risks. The harmful particles and gases in the smoke cause respiratory problems when inhaled. Those with pre-existing respiratory conditions such as asthma are especially at risk, as the smoke can worsen these conditions. Symptoms of smoke inhalation include congestion, headaches, watery or irritated eyes, coughing, sore throat, and difficulty breathing. While those closest to the fire are at a higher risk than those farther away, smoke can still travel thousands of kilometres with the wind and have impacts far from the source.

There are many ways to protect yourself and others during wildfires. Prepare for wildfire season by ensuring you have enough medication for any health conditions. It is important to stay informed about wildfires by listening to the news or to local authorities. If an evacuation becomes necessary, be prepared with a plan and follow the instructions of authorities.

If an evacuation isn’t necessary, you can also take steps to stay safe in your home. If possible, filter the air in your home using an air conditioner or a HEPA filter. You should avoid going outdoors during smoke events or when the outdoor air quality is poor. Consider going to a location with cleaner air, such as a shopping mall or library, while ensuring that you follow physical distancing guidance of your local public health authority. If you must go outside, a properly fitting mask can provide acceptable protection, but N95 respirators should be reserved for health care workers and others providing direct care to patients with COVID-19 during the pandemic. 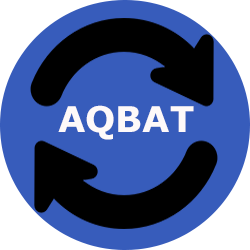 Providing valuable information about wildfire smoke is just one example of what the AQBAT can do to keep Canadians informed and healthy. AQBAT is the go-to application used to predict the benefits (positive impacts) or damages (negative impacts) of proposed outdoor air quality regulations, and is the key tool for examining the impacts of outdoor air pollution in Canada.

Find out more about AQBAT and air quality research.