The Public Health Agency of Canada (PHAC) reports on a range of indicators related to Canadians’ physical activity, sedentary behaviour and sleep habits. These indicators are organized in a framework called the Physical Activity, Sedentary behaviour and Sleep (PASS) Indicator Framework. The information provided by the PASS Indicator Framework will inform programs and policy to improve the health of Canadians. 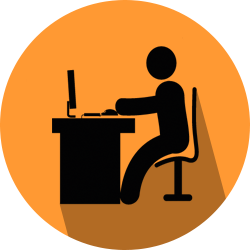 What is sedentary behaviour?

Sedentary behaviour refers to activities that we do while we are sitting, reclining or lying down and expending very little energy. Some examples include watching television, using a computer or tablet, and sitting in a bus, car or train. Experts in the field recently defined sedentary behaviour and all of its associated caveats.Footnote 1 It is important to note that sedentary behaviour is not simply the absence of physical activity but has been shown to be a risk factor for several chronic diseases such as heart disease, diabetes and cancer – even if you exercise! Footnote 2 Canadians spend the majority of their time being sedentary, in fact the average Canadian child/youth and adult spends 8.4 and 9.6 hours per day engaged in sedentary behaviour, respectively. Footnote 3 Replacing sedentary time with even light physical activity can have health benefits. 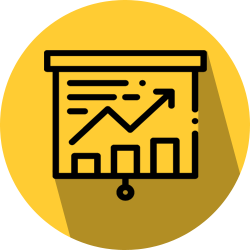 Why is measuring sedentary behaviour important?

Because greater sedentary behaviour is recognized as a risk factor for many chronic diseases, population health organizations such as PHAC, track it for surveillance purposes. Footnote 4 Tracking helps to assess this behaviour in the Canadian population over time, identify whether one segment of the population is more sedentary than another (e.g., adults vs. children) and to evaluate the effectiveness of interventions on reducing sedentary time. For example, surveillance work has identified that only 28.5% of Canadian children and youth report meeting the new sedentary behaviour component of the Canadian 24-Hour Movement Guidelines, by spending 2 hours or less per day watching television or using a computer during leisure time.Footnote 3 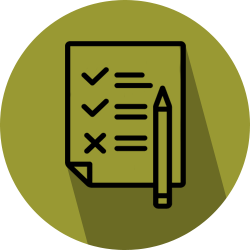 How is sedentary behaviour measured?

New technologies provide the ability to objectively measure how much sedentary time an individual gets using research accelerometers which continuously track movement and intensity. The Canadian Health Measures Survey currently uses these types of devices. While these devices provide more precise estimates of sedentary behaviour over an entire day, they can be costly and require more time for both the survey respondents who must wear and return them and for those who analyze the data. In addition, these devices cannot easily provide information around the types of sedentary behaviour a person engages in. They can, however, be used to interpret reporting error in self-reported measures. Due to these limitations, population health surveillance strategies often rely on self-report measures of sedentary behaviour using questionnaires. These questionnaire tools offer more flexibility in terms of identifying time spent in different types of sedentary behaviour and their affordability allows for their inclusion on large scale surveys which collect data on subpopulations (such as all provinces and territories in Canada). 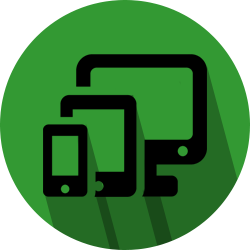 How is the measurement of sedentary behaviour changing?

With the arrival of smartphones, tablets, and newer technologies, how and why Canadians engage in sedentary behaviour has greatly changed, and is continuing to change. Historically, Canadians’ sedentary behaviour habits were largely assessed by asking individuals how much leisure time they spent watching television, on the computer, playing video games or reading (starting with the Canadian Community Health Survey in 2000-01). While these are some of the main types of sedentary behaviour, there are now several others. Many Canadians now spend a lot of time sitting while commuting in a car, bus or train, and many are using other technologies such as tablets and smartphones and multitask between devices. For example, you might be watching TV, but also reading email on your smartphone. Special care must be taken in surveys to avoid over counting sedentary time in these situations.

With newer technologies and greater reliance on motorized transport, PHAC developed the PASS Indicator Framework as an effort to stay current with changing behaviours in the population in their surveillance strategies. This includes efforts to update questions for use on large, national population health surveys. PHAC partnered with Canadian researchers to design a new self-report tool to measure sedentary behaviour in the Canadian population. The tool is based on best practices from international surveys and the literature for self-report measurement of sedentary behaviour. The series of questions; now referred to as the International Sedentary Assessment Tool (ISAT), was recently published.Footnote 5 It is available for use in future surveys or other questionnaires and can be downloaded in Word format.

Government of Canada. 2016. Sedentary Behaviour in Children and Youth: A New Health Risk