Multiple births mean the birth of more than one baby at a time: a birth of twins, triplets, or more! As unique as these births are, they also face more challenges: higher risk of premature birth, low birth weight and neonatal death (meaning death before a child is one month old). Due to a greater risk of abnormal cognitive development and learning disabilities, multiple birth newborns require careful neuro-developmental follow-ups. Families with multiple births face increased physical, psycho-social financial challenges; therefore, their needs with respect to health, education and social services are different from families with single born children. 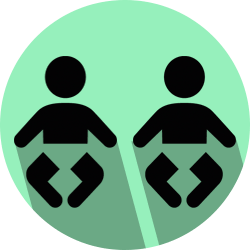 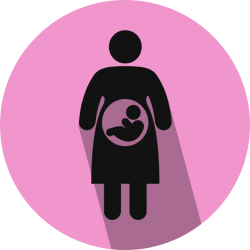 More than half of multiple babies are born preterm, meaning under 37 weeks of gestation. [CIHI-DAD, 2006–2015]

Almost 2/3 of all multiple births are delivered through cesarean section, due to higher risk of complications and premature birth. [CIHI-DAD, 2006–2015]