Mowing the lawn is a routine, three season outdoor task for many people in Canada. Despite safety recommendations and the availability of protective clothing and equipment, lawn mower-related injuries still happen to people of all ages.

The Canadian Hospitals Injury Reporting and Prevention Program (CHIRPP) is an injury and poisoning surveillance system currently operating in the emergency departments of 11 paediatric and 7 general hospitals across Canada. The numbers below are taken from an analysis of CHIRPP’s electronic database (eCHIRPP).

An extract of the eCHIRPP database was searched for records of unintentional lawn mower-related injuries which happened on or after April 1, 2011. These included incidents where patients’ description of what went wrong contained the following key words and phrases: lawnmower, lawn mower, mowing, cutting grass, cutting the grass or cutting the lawn. The French key words and phrases were searched as well. The eCHIRPP database was also searched for records with direct cause or factor codes for unpowered, powered walk-behind or ride-on lawn mowers, and lawn mowers that were not specifically classified as powered or unpowered. 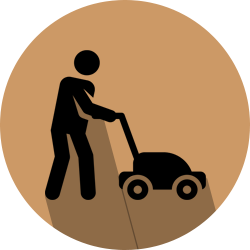 Between April 2011 and June 2018, there were 512 unintentional injury cases related to lawn mowers (57.0 cases/ 100,000 eCHIRPP records). More than half (54%) of the cases were reported at two of the general hospitals reporting to CHIRPP.

Children and youth vs. adults

Lawn mower-related injuries were more common among adults than children and youth, and most common among people aged 50 to 64 years (Figure 1).

Overall, 75.7% of the people injured were male. 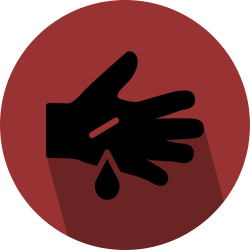 How did the injuries happen?

Nearly all traumatic amputations (and partial) were to fingers, toes, or feet, with the exception of fewer than five cases involving the hands or lower leg (including when more than one amputation was reported). 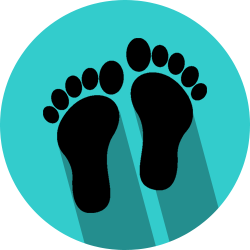 Which body parts were injured? 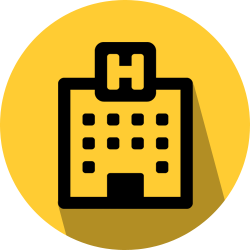 Overall, 71.6% of patients received medical treatment in the emergency department, while another 14.6% of patients had injuries serious enough to be admitted to hospital for treatment. The remaining patients with less serious injuries either left without being seen by a physician, were under observation only, received advice in the emergency department about their injuries, or were admitted for a reason other than injury treatment. No fatalities were reported. 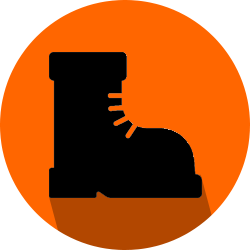 Was any special safety equipment or protective clothing being used?

Dive into the Data

Table 1. Circumstances of lawn mower-related injury cases among all ages, eCHIRPP, 2011 to 2018

*Other includes struck by a motor vehicle, flame or electrical burn, fainting, or playing with a stationary mower.

Table 2. Circumstances of lawn mower-related injury cases among children and youth aged 14 and under, eCHIRPP, 2011 to 2018

*Other includes: Cut/struck by component other than blades, or cut not further specified; playing with a stationary mower; fell off/ejected from a riding mower (including when overturned); injured while repairing/maintaining mower that was off; struck an obstacle (e.g., hit branch, stepped on rusty nail); lost footing/fell while operating mower; sprain/strain/awkward movement while operating mower; injured while moving/loading or unloading mower; boarding/alighting mower; flame or electrical burn.

The injuries described here do not represent all lawn mower-related injuries in Canada because CHIRPP collects data at only a sample of hospitals in Canada. In addition to older teen and adults, Aboriginal persons and people who live in rural areas are also under-represented in the eCHIRPP database, because most CHIRPP sites are paediatric hospitals located in major cities. Fatal injuries are also under-represented in the eCHIRPP database because the emergency department data do not capture people who died before they could be taken to hospital or those who died after being admitted via another department. Because of the dynamic nature of eCHIRPP, information is still being entered into the database, so some years do not yet have complete data.

Learn more about safety around gardening tools and equipment.