Diabetes is a common chronic condition that affects Canadians of all ages. It occurs when the body loses its ability to produce or properly use insulin, a hormone that regulates sugar levels in the blood. There are three main types of diabetes: type 1, type 2 and gestational diabetes. If left uncontrolled, diabetes results in high blood sugar levels, which can lead to serious complications. Fortunately, it is possible to remain healthy with diabetes, so long as it is well managed.

rate of diabetes for sexes in

Use the map below to discover diabetes estimates in Canada's provinces and territories. Navigate the map using Tab or Hover.

Hover Over a province to see more

What are the different types of diabetes?

Type 1 diabetes occurs when cells responsible for the production of insulin, found in the pancreas, are destroyed by the body's immune system. This is why this type of diabetes is called an "autoimmune" disease. In order to function, a person whose pancreas isn’t producing any insulin or very little must rely on daily medication – the intake of insulin – to regulate their blood sugar levels. Type 1 diabetes typically develops in children and youth, but can also occur in adults.

Type 2 diabetes is the most common form. It happens when the pancreas doesn’t produce enough insulin or the body cannot properly use the insulin the pancreas produces. The risk of developing this metabolic disorder is higher in certain ethnic populations and people who are physically inactive, overweight, or obese. Type 2 diabetes usually affects adults over the age of 40, but can be found in children and youth.

Gestational diabetes is a form of diabetes that occurs only in pregnant women, when high blood sugar levels develop during pregnancy. Although it is temporary and usually disappears weeks after delivery, women who have it are at greater risk of developing type 2 diabetes later. 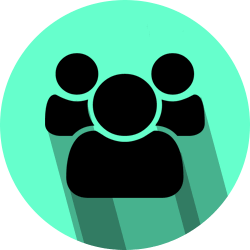 How many Canadians live with diabetes?

About 11% of Canadian adults aged 20+ live with diagnosed diabetes.

About 0.3% of Canadian children and youth aged 1-19 live with diagnosed diabetes.

The rate of pregnant women with diagnosed diabetes (both pre-existing and gestational) is 99.1 per 1000 total births.

On average, 549 new cases of diabetes are diagnosed each day in Canada. 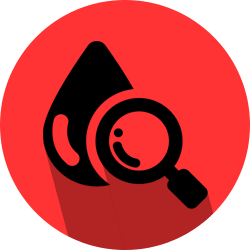 Profile of diabetes in Canada

Diabetes is more common among adult men (11.8%) than women (10.0%), while in children and youth, the rates are the same for boys and girls. 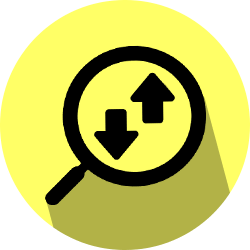 Time trends: going up or down?

The prevalence of Canadians living with diagnosed diabetes went up by an average of 3.3% every year from 2000 to 2016. Numbers are expected to continue rising due to an aging Canadian population and the fact that Canadians are living longer with diabetes.

Each year, there are approximately 201,000 new cases of diabetes, or 549 new cases per day. Since 2000, age-standardized incidence rates have remained relatively stable.

Hover or tab over the bars for more information

What is the history of diabetes surveillance in Canada?

Since 1999, the Government of Canada has reported on rates of diabetes in Canada using the Canadian Chronic Disease Surveillance System (CCDSS). The CCDSS is supported by a pan-Canadian partnership between the Public Health Agency of Canada and all provinces and territories. Since it began, the CCDSS has expanded and now covers a wide range of health diseases and conditions and is able to provide a broad overview of the health of Canadians.


Learn more about Diabetes in Canada


Get data in the data tool