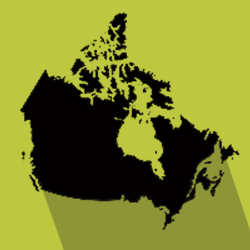 Based on user selections of risk factor, age group (youth, adults), sex and geographic breakdown, an interactive map is created. The CRFA compares the estimates of the selected risk factor for the selected geographic breakdown with the corresponding national average. For each risk factor, estimates are also broken down by socioeconomic status (income, education, employment) and by population centres or rural areas of residence (when applicable).

Navigate the map by hovering your mouse over each area. Click an area to lock it and zoom in and click the same area again to zoom out.